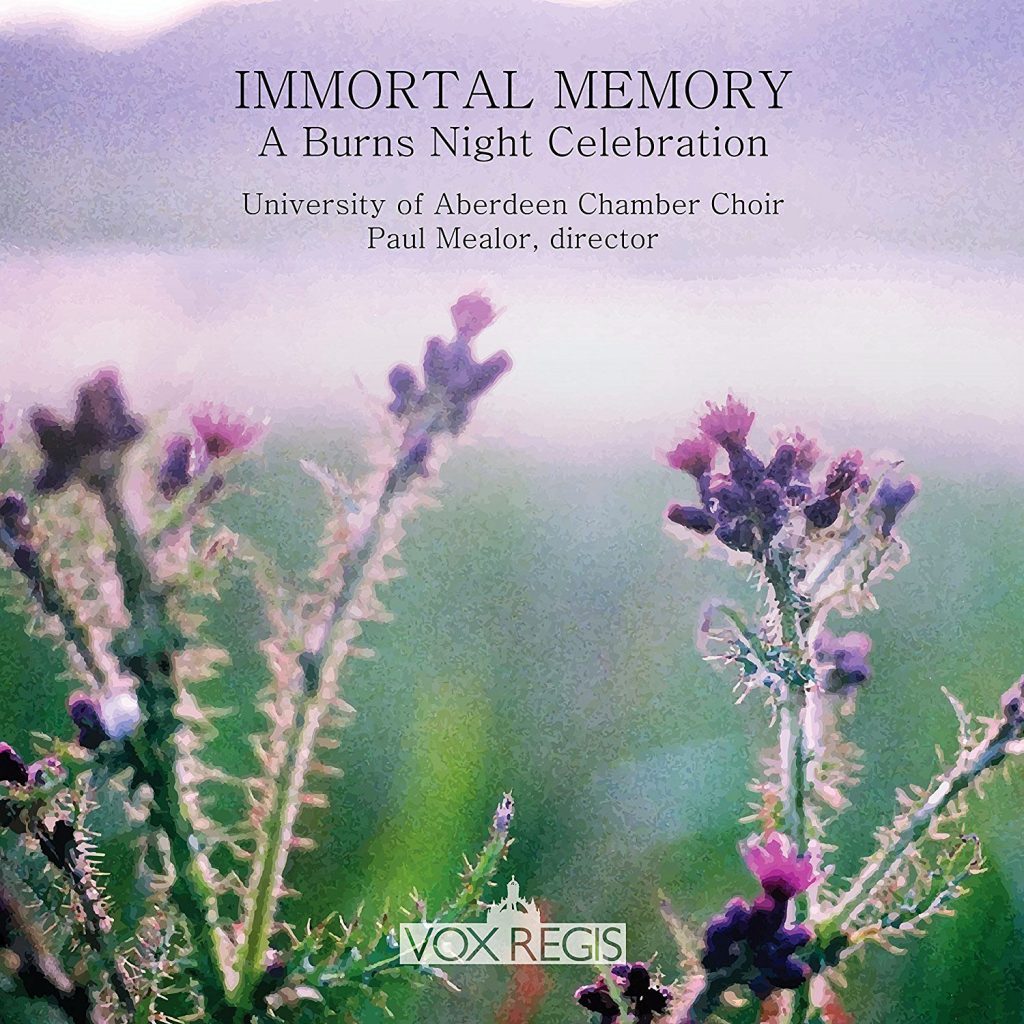 Robert Burns is Scotland’s National Poet but his influence today is worldwide especially as far as the world of music is concerned. Beethoven, Schumann, Mendelssohn, Ravel and Shostakovich are just a few of the composers who over the years have set his poems to music.

Following in their illustrious footsteps is a whole raft of young composers and arrangers headed by Professor Paul Mealor at the University of Aberdeen. The University of Aberdeen Chamber Choir directed by Paul Mealor have just released a new CD— Immortal Memory, A Burns Night Celebration in which twelve composers/arrangers from Aberdeen University Music, four from the United States, one from France, two from Wales, two from England and three from Scotland including Orkney have produced deliciously tuneful settings of some of the most well-known Burns Songs.

Two of the composition teachers at the University, Paul Mealor and Phillip Cooke whose own works represent a new and refreshing approach to tonal, tuneful composition techniques have contributed particularly fine arrangements to the CD. A young American composer Thomas LaVoy’s completely new setting of The Immortal Memory fits in perfectly with all the other arrangements, atmospheric choral settings of the familiar Burns tunes including a couple based on the fiddle tunes that Burns himself would have expected to hear.

Included on the CD are recitations of famous Burns poems— Address to a Haggis performed with mouth-watering relish by Burns expert Robert Lovie or To a mouse, read lovingly by Jillian Bain Christie and so much more besides.

All the choral settings have a special freshness while remaining faithful to Burns’s musical traditions. The choral singing is of international standard— in fact the entire CD puts Aberdeen University Music up there with anything that you would expect from the finest American Universities.

All profits from sales of the CD go to the Ballater Flood Appeal helping revive the little town that suffered so much when many parts of picturesque Royal Deeside were destroyed in the New Year Floods of 2016. So why not get your copy of this fantastic CD, cook up your haggis, neeps and tatties, raise your glass of whisky and enjoy your very own Burns Night Celebration.